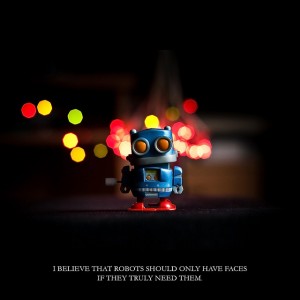 If you held a gun to my head and forced me to make a prediction about the shape of our future society, the one forecast that I could make today with absolute certainty is that I’d end up rambling on about the possible impact of technology until you were either bored or agreed. However, it’s a safe bet that almost every issue duking it out at the top of my list would relate in some way to the increasing impact of the deepening networks between people, objects and ‘big data’.

The Growth Of Networks

The increased power of connectivity has been most visible to most in the explosive growth of social media. Most of us are gradually realising that individuals are increasingly being tracked whilst simultaneously being presented with greater opportunities to make a significant impact by presenting themselves favourably online. But to my mind, simply taking offline communication and rehousing it on a digital platform has in many ways simply been a diversion so far (albeit incredibly an powerful, and essential, one).

It seems to me that networks are only now starting to show what they can achieve – both at scale and (just as importantly) at high speed. Not agree? Just have a think about the impact over recent times in areas such as file sharing, user-generated content, communicable diseases, the wisdom of the crowd and financial contagion.

The chances are good that you will have heard the growing buzz around the ‘Internet of Things‘. If the phrase at least is new to you, here’s my (very) simple explanation. The internet to date has relied on humans to input the necessary data. But, as Kevin Ashton, the RFID pioneer once wrote, “The problem is that people have limited time, attention and accuracy”. The answer? Let the computers find out everything that they need to know about things in the real world by gathering data directly without the input of humans. Let them then use this increased and continual tracking for the benefit of all, whether it be to reduce waste, loss and cost.

It’s not a new idea but it’s gathering pace like never before. Millions of new devices are regularly being connected to the internet and the potential for advancement goes far beyond simply having a Robonaut sending tweets from space.

So what could that mean in practice? Well, Evrythng is a company that I mentioned in a previous post – here’s a quick example of how their business fits into the picture:-

Let’s just think about this for a second. Connecting things that were previously silent within a network of networks with billions (or trillions) of connections on a global scale? The potential impact of this is so significant that it is guaranteed to eclipse even the massive disruption that the internet has already caused within the worlds of communication, education, business, entertainment and simple information retrieval amongst others.

The ‘Internet Of Everything’ Economy

So I was intrigued to read Cisco’s new report in which they have re-branded the concept into ‘The Internet of Everything Economy: How More Relevant And Valuable Connections Will Change The World‘. With a vast subject, they’ve helpfully split the concept into four separate areas:-

Currently, we mostly just connect to the internet via devices and social networks. In the future, people will connect in far more flexible ways – think of the implications for healthcare where a pill or clothing sensors will report back on your vital signs directly to your doctor via a secure internet connection.

We’re used to devices gathering and transmitting data somewhere for analysis. Increasingly, the ‘things’ will combine and analyse that raw data before transmitting far more valuable information, which in turn enables us to make faster, more intelligent decisions.

Sensors and devices will be able to sense more data and increasingly understand the possible context in which that data can be useful.

Critically, processes are still to develop which will add value – effectively working to ensure that the right information is delivered to the right person at the right time in the appropriate way.

Clearly, whilst we might initially moan at the loss of sleep, few of us would refuse an alarm clock that wakes you up ten minutes earlier on a morning when the traffic is congested. We may even be increasingly interested in being able to track our groceries from field to table, if only to guarantee that our meat hasn’t had a past career in racing.

But once we start to apply this understanding at a greater scale, we have the potential to discover a means by which we can monitor, understand and manage our environment more effectively. Saving energy, regulating and distributing agricultural output and helping to provide access to clean water starts to tick a lot of boxes which bluntly need massive action given the current challenges that we are all facing.

Clearly Cisco have a business point to make here also and I recommend reading the blog by Cisco CEO John Chambers which makes a number important points about the economy that is predicted to grow around the Internet of Everything. After all, there are some chunky numbers involved in the predictions (which they are, it should be said, in a great position to capitalise upon commercially).

Increased Connectivity Comes At A Price

But let’s not be naive. It’s not going to be plain-sailing all the way home in our automated cars to our self-filling fridges. If developments continue – and there’s no reason to think that we will face anything other than developments occurring at a rapidly accelerating pace – we could soon be facing challenges in relation to security and privacy that could place us in a very dark place indeed within society.

Governments, businesses, organisations and individuals need to get involved – and quickly. Not to slow it down or even simply to prevent any mistakes being made – there will always be wrong turnings in any attempt to innovate. But to ensure that we use the unprecedented opportunities that we will soon be faced with for the most effective purposes for us all – in business, in our communities and on a global scale.

Think it’s all pie in the sky? Or are we walking blindly into disaster by arming inanimate objects with the capacity for (limited) intelligence? There’s a sci-fi plot or two in there, that’s for sure. I’d love to hear from you in the comments below if you have any thoughts about future developments.

4 thoughts on “Welcome To The Internet of Everything”