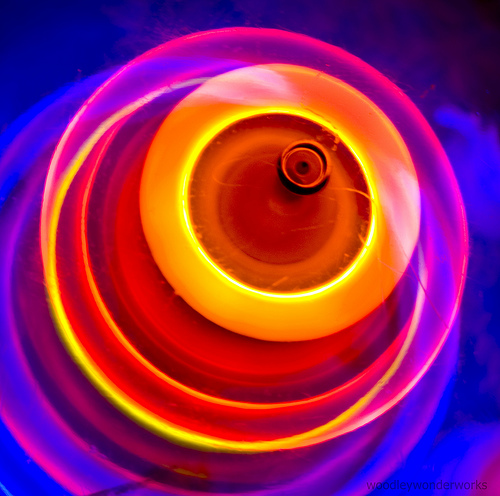 Every single day, technology and our understanding of what might be possible advances a little further. After a slow start (in retrospect), we’re now picking up pace. Soon we’ll be breaking into a jog along the road towards exponential development (see Ray Kurzweil’s ‘The Law Of Accelerating Returns‘). Exciting times indeed. Yet increasingly I’m finding myself questioning how technology will impact on issues of security and identity.

Both topics are going to be of critical importance over the next couple of decades. I can see personal identity driving the rise of individual and surge pricing for example – a move to a world where everyone is charged a different price according to past behaviours. But before we even get to that stage, a number of fundamental questions still need to be answered.

It’s pretty much accepted that advances in technology have brought massive improvements in the quality of life for many. Although not yet for all. The developing world for example is really just getting started, with booming mobile phone adoption rates connecting millions to money and knowledge in a way that was previously impossible.

But while technology creates collective benefits that are often direct (new products and services), indirect (more efficient processes) or a combination of the two, we rarely spend any real time actually debating how to deal with the digital exhaust that each of us is, knowingly or otherwise, leaving in our wake.

Now the question of who should be able to access this trail of information – and for what purpose – is one that’s causing tension between various groups. The battle lines are being drawn today whilst most people remain blissfully unaware.

Gold rush for a new era?

There are many parallels today with the way that society has developed in the past. Whereas the majority simply watched as explorers and innovators rushed to acquire newly-discovered natural resources such as oil or gold in days gone by with little or no thought for the environmental consequences, we now see the same fervour from large businesses, governments and criminals, as access to personal data increasingly becomes their lifeblood.

Yet, unlike oil, this treasure is far less transient and limited. Once data is recorded, it does not tend to simply disappear, somehow self-destructing in a James Bond style. It doesn’t matter how effective we believe current laws are. The reality is that there can be no certainty about how our personal data will be used in the future by businesses and organisations that may not yet even exist in a society whose cultural norms continue to evolve.

And whilst there could be a real benefit from our historic data being used to more accurately diagnose our medical problems in the future, for example, few people would be overjoyed about mobile phone location data being used in the same way to justify an increase in health insurance premiums because the data shows that someone was a regular visitor to a fast food outlet ten years before.

One of the best articles that I read last year – full stop – was by security guru Bruce Schneier. He frames the battle that’s shaping up in the digital world brilliantly and I thoroughly recommend that you make the time to go and spend ten minutes reading it in full.

Despite becoming increasingly high-tech, Schneier sees modern society reverting to the feudal system that used to be common in the past. Skirmishes are becoming more frequent between two distinct camps:

The nimble respond quickly to advances in technology by adopting platforms that spread their messages efficiently. Yet, whilst it might take them longer to get started, the established government or large businesses will usually end up in a far stronger position of power over the masses – simply because networks tend to amplify existing power, of which they had plenty from Day One. As Schneier writes:

The vast majority of the world are vassals who fall into neither camp. We believe that our safest option is to ally ourselves to our feudal lords in order to gain their protection. Yet, the reality is that our so-called free choice of ruler is increasingly an illusion. Most of us are becoming increasingly reliant on platforms and devices already owned by these powerful organisations who successfully attract the average user with the lure for convenient storage of all of our personal information in one single location. Just think of Facebook and its quarter of a trillion photographs.

History shows that a true feudal relationship involves rights and obligations that run both ways. Yet events of recent years (including Wikileaks, Snowden and PRISM) have shown that it is going to be exceptionally difficult for those in power to strike a balance between such rights and responsibilities.

In fact, it’s probably an impossible task for them to gain that necessary perspective by themselves. Technology amplifies the potential damage that could be caused by one individual and therefore centralised organisations in power feel compelled to seek increasingly draconian powers to prevent such risks, however remote.

It’s a concerning trend because as society moves increasingly towards a technology-driven distributed networks of individuals, this clash of interests can only become more frequent. Whether it is covert surveillance by governments or data collection by large organisations matters little.

Will society be content to let personal data be controlled by third parties in this way? One of the reasons that Bitcoin is so powerful is precisely because of the fact that it is decentralised, with no central point that can be attacked or influenced – whereas the accumulation of data (for which read: power) in centralised organisations looks to be hugely problematic over time.

A tipping point for public interest?

But we’re in the early stages of this cycle. Over the coming years, I think that the real backlash may come when the average ‘vassal’ starts to see more everyday items that are plugged into the Internet of Things that know precisely who you are and what you’ve done in the past. Will a line be crossed when a bus shelter reminds you of that TV program you watched on your mobile a couple of weeks before, for example?

Whether it will be too late at that stage to protect personal data is up for debate. Whether the nimble or the powerful end up ruling the world is still to be decided. But wherever we’re heading, the cost of starting to work on a solution now has to be significantly cheaper than simply waiting to fix the issue in the future once the data’s been released into the wild.

One thought on “Security, Identity And The Relentless Pursuit Of Data”