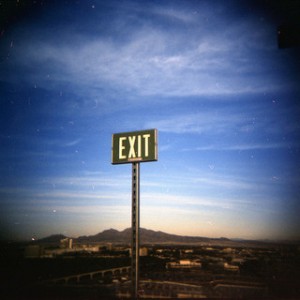 I came across an interesting article by Om Malik earlier this week that’s worth checking out entitled, ‘Uber, Data Darwinism and the Future of Work‘.

The founder of GigaOm is known for his incisive writing in the tech field but this post caught my attention in particular, as it flags up just how far-reaching the potential impact of increased connectivity could be as it spreads across all levels of society.

Om’s thoughts are provoked by a recent story involving Uber, the US-based startup that lets customers book private cars with drivers via a mobile app. It’s a hot startup in the US and for good reason: it’s genuinely disruptive.

The company hit the news recently when a number of drivers were ‘let go’ as a result of customer feedback. To be clear, the drivers are self employed and following each trip, both passenger and driver have the opportunity to rate the other. Losing your livelihood because you failed to deliver your side of a deal is hardly new. But the concept of a company acting on the basis of unvalidated low ratings does introduce a new dynamic into the equation.

We’re all increasingly happy (and in some cases incentivised) to rank, rate and share our experiences in the digital world. This means that we’re starting to build a ‘Quantified Society’, where each individual is being assessed and scored. Fine. But who judges what is a good (or bad) score and how does the law back that decision up?

For example, what is the magic customer score at which you can ‘sack’ a worker fairly? And, however it might be assessed in the future, what can an employer do if the score that represents an individual’s reputation takes a hit? The rules of society are going to have to try to keep up with the allocation of points when the rules are unclear.

You also have to wonder how individuals might modify their own behaviours as they become increasingly aware of what the potential impact might be of the scores that they allocate. Will feedback be restrained for fear of someone losing their job? Or, instead, will people hide behind their perceived online anonymity in order to criticise aggressively simply because they can?

AND THE FINAL SCORES ARE…

It might be the future and driven by technological advancement but, as Om writes, the range of challenges within a Quantified Society are likely to be “less technical and more legislative, political and philosophical”.

The human race evolved over time to reward the fittest with survival. Society then developed to ensure that other more desirable attributes were sufficiently rewarded. We’re now moving into the next stage however which introduces another form of competition. The only thing that’s clear at the moment is that the rules haven’t been set – and are unlikely to be for a long time yet.

3 thoughts on “And The Final Scores Are…”