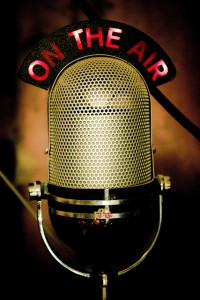 It’s been a busy few weeks. In addition to pulling together Scotland’s first ever Bitcoin Conference (more about that imminently, when that link goes live…), I’ve had a couple of opportunities to speak about Bitcoin in the press.

First up was an article that I co-authored with Dianne Millen of Edinburgh-based Morton Fraser Solicitors in The Scotsman newspaper on some of the issues that could face the courts in the event that either party in a divorce holds Bitcoin. Another chance to raise the profile and to get some accurate information into the mainstream press that has tended to look for simplistic angles. If you’re in that unfortunate situation north of the border, go and have a chat with Dianne – I suspect she’s currently in a group of one when it comes to family lawyers who understand the blockchain north of the border…

I was delighted to be asked back to BBC Radio Scotland to the Good Morning Scotland program for an interview with James Naughtie. If you’re UK-based, you know who he is but for those of you reading further afield, he’s arguably the best radio interviewer out there in my humble opinion and a mainstay of the flagship ‘Today’ news programme on BBC Radio 4 since 1994. They used the excuse of the Bitcoin Finance 2014 Conference that was opening in Dublin that morning to dive into the issues. I didn’t have long but I’ll take each and every opportunity that I can to get the subject in front of people.

Off down to London for CoinSummit tomorrow (plus CoinScrum in the evening) – can’t wait. I’ll put my thoughts up here once I’m back.