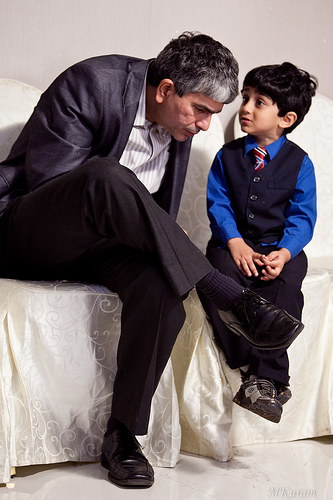 The law has a problem. Yet unlike computing science, it’s not one caused by a lack of talent coming through the system. The universities continue to churn out plenty of talented law graduates every year. So many, in fact, that large numbers are finding only closed doors in their search for a training contract.

The right to keep running

Successfully securing a traineeship simply gives you the right to move to the next stage of learning. In most cases, the real education starts at this stage. Yet whilst most successful lawyers can pass on substantial experience about the practice of law, very few are able to help when it comes to teaching how to generate business in a digital medium.

Established marketing teams in firms continue to broadcast rather than engage and most successful lawyers see little benefit in adding social media to the ever-growing to-do list. For a profession which relies on the intellect of its workforce to generate revenue, I’m surprised that more firms still haven’t taken the time to educate its key assets about how to use social media in a more structured way.

Aspiring lawyers are, by default, digital natives whilst the incumbents are – with limited exceptions – uncomfortable about marketing on a digital platform.

I don’t have the time!

If a client or prospect popped into the office unannounced for a quick chat, would you sink low behind your PC and refuse to take five minutes out of your day to say hello? If your answer is yes, you’re pretty much hanging the ‘Closed’ sign on the front door of the office. So why is this the default position adopted by most when it comes to social media? I don’t believe that any firms actually want to turn viable work away but that’s the effect in practice.

Some of the blame can be placed on the legal industry’s traditional reliance on charging by the hour. As with all marketing, pinning down an accurate financial return on your efforts is difficult. But be under no illusions – it is possible. Approach it in a methodical way and the efficiencies will begin to build. Sure, the web represents a wonderful, frustrating mess of information. A glut of data. But this is increasingly being catalogued for easy access by anyone with a specific interest, however niche.

The legal industry is at a critical point. Traditional firms are under pressure from the lowering of barriers to entry, with fixed fees and commoditisation being increasingly demanded by customers. Yet opportunity lies in the midst of all this chaos. All of which is great news for a profession whose customers value knowledge and expertise. This will never change. And where better to enhance that reputation than online where the benefits are scalable like never before?

Whisper it quietly but these are changing days for lawyers. Most will not stay with the same firm for the entire journey from traineeship to partnership (assuming that remains the end goal – a whole topic in itself). Is there a risk that displaying your interest in extreme ironing or Afrobeat in a public forum could prevent a potential client from instructing you? Perhaps. But on the assumption that your work is of the same standard, it’s more likely that your prospect has gone somewhere elsewhere simply because he’s found a lawyer who shares his love of Mongolian nosepiping orchestras…

My advice: start by setting up your listening outposts online. The quantity of business intelligence that is freely  available on the social web is unparalleled. Don’t just sit there wondering what potential customers are looking for. Have a look. What are the competition saying? And what are their clients asking for? Buy signals are being transmitted publicly all day long. Can you really afford to ignore them?

So, jump in. Blog, tweet, plus 1, pin it. But above all – engage. Don’t sit there thinking that the profession will continue as it always has, somehow magically immune to the changes throughout the rest of society. It’s happened already.

It reminds me of the old joke about two tourists out on the Serengeti Plains who stumble across a lion. The animal looks hungrily in their direction. “Now what?” hisses the first to his friend. Hearing no response, he glances over. He watches bemused as his friend pulls off his hiking boots and slowly, without taking his eyes off the lion, starts to put on a pair of trainers. “You’re mad!”, he says. “You’ll never outrun a lion out here!”

Competition’s hotting up. It might be too late to be first but remember – being genuinely helpful scales massively in an increasingly-online world.

As ever, if you have any comments, please dive in and let me know below.