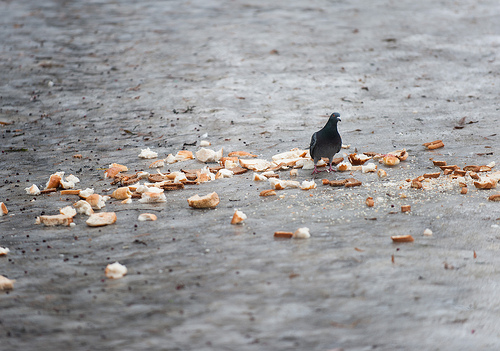 When faced with an empty desk, a lawyer used to have two options. Rely on those higher than you in the foodchain to pass the morsels down or spend an increasing amount of your spare time on the circuit of breakfast, lunchtime and evening events in the hope of meeting a valuable connection.

Now, I’m not denying that time spent in one-to-one conversation is useful. Indeed, unless you have a reputation as a top specialist whose most pressing concern is how to catch the work that’s falling off the end of your desk each day, it remains  essential.

However, as I’ve watched the rise of social networking allied to the growth of remote working over recent years, it’s become clear that many traditional networking events are becoming increasingly irrelevant. Not pointless – just in many cases grossly inefficient ways of marketing your firm.

Let’s say the average networking event takes two and a half hours (including travelling time). In some cases, it will take substantially longer. That’s a fairly hefty chunk of your working day. Now, let’s ignore the likelihood that going to the same events regularly will tend to unearth the same old faces. How many new prospects are you likely to meet at an event? Depending on the quality of the event and your personality, I suspect that you’ll be looking at under double figures on many occasions.

What if you missed that event and instead spent the same time focused on online marketing, split into 30 minute segments each day throughout the week. Instead of putting all your eggs in one basket by committing to being in one physical location,  you instead focus on engaging with others online, writing a blog and listening to digital signals about what is happening within your chosen market.

Once something is posted on the internet, it will be indexed, searched for and referred to for all time coming. It’s there forever. Critics often view this from a negative perspective. But it’s time to invert that viewpoint. Its very permanency is the social web’s greatest asset.

Consider  the networking event. Out of 75 people in the room, let’s say you meet 20 on the day. Once you’ve left that venue, your involvement with that event is substantially over (barring any follow-up meetings). Now compare that to a reputation built online. Provided your input is of value to others, that effort is recorded and will be recycled time and again.  One month, six months, a year later – it doesn’t matter. The time that you have already invested will continue to work on your behalf as a lead generation tool well into the future.

When I meet resistance in legal circles about digital matters, people have usually failed to comprehend three key facts-

Traditional networking is based on the old salesman’s argument – the more doors I knock on, the more conversions I’ll achieve. Fine. But the difference nowadays is that fewer people are content to simply sit back and wait patiently to be sold to. The days of interruption-based marketing are over. They’re now actively seeking recommendations and, like it or not, this takes the form of social proof online. No longer can you build a business model which relies on potential customers being unaware of the available choices.

The main thing that the internet has delivered is choice. The long tail has created markets for specialist, niche interests across society which could never have existed previously.  It’s not that meeting face-to-face doesn’t work. It does. But as the world gets smaller by the day, the opportunities increase to build your efforts intelligently around the network effect of a hyper-connected business landscape.

Laozi once famously said, “A journey of a thousand miles begins with a single step”. If you haven’t yet started to think about how to engage online, it’s time for to make your first move now before it’s too late.

What do you think? I would love to hear from those who sit on the other side of the fence and continue to see social media as little more than a distraction within the context of a professional services firm. What do you need to know to help you to get comfortable? Leave a comment below.