Task lists, tools, other weapons of mass procrastination……what is it with software? The collision of our ever-growing lists of incomplete tasks and new shiny web toys is truly a nightmare forged in the dark recesses of the mind for all but the very worst of project managers.

If you’re anything like me, you’ve tried the lot over the past ten or fifteen years. Perhaps you started on the journey with one of Stephen Covey’s quadrant-based task prioritisation, which acted as the gateway drug into the military rigour of David Allen’s Getting Things Done methodology or the mythical nirvana of Inbox Zero.

Then, as the tools and team interdependencies became more critical for the nation as we collectively spent more of our sedentary working days working up our screen tans whilst emailing our colleagues across the desk, the focus shifted from methodologies to tools. Yes, that’s right – the answer to productivity and teamwork was nothing other than – more software! Ideally entirely customisable and brightly coloured. I, for one, just couldn’t get enough – from ToodleDo, Wunderlist, Todoist, Asana, Trello…the list was endless.

Not yet satisfied, I then discovered that no, what was really missing was having software that connected everything for me – automatically! So by a combination of IFTTT and Zapier, I managed to concoct a dastardly set of triggers. In a scene reminiscent of the systemic failures during the financial crisis of 2008, the simple act of starring an innocent message in Slack would leave catastrophic devastation in its wake – auto-posting updates to ten different platforms, each with a selection of messages, reminders, notifications, emails, phone calls, kettles boiling, hoovers emerging autonomously out of the airing cupboard….you get the picture……..Welcome to Digital Armageddon.

Yet through all that, I had one nagging thought. Throughout my career, without fail, the people who always seemed to get through the most work seemed to have an amusing reliance on paper. Imagine! Nothing fancy mind you. Maybe a notepad. Perhaps a simple postcard, replaced each day. Whatever form it took, an ever-present medium, tattooed with ink as and when required.

Me, I’m a list person. But writing out long lists by hand, striking things off and then having to rewrite them regularly sucks. So I was delighted to discover probably the simplest yet most deceptively powerful tool yet: WorkFlowy. 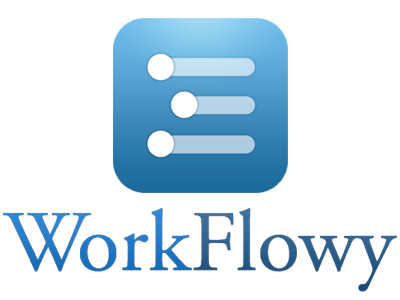 I almost don’t want to describe it. It’s that good, I don’t need to sell it. Just try it.

In essence though it’s a way of making lists – that can be nested inside other lists until eternity decides to call it a day (apparently). Sounds boring huh? But you can tag and share lists for others to collaborate – who don’t even need an account or have to login!

I’ve never downloaded a trial of any software that I knew nothing about and ponied up for an annual subscription in under ten minutes. None. So take it from me – that’s a good sign. But anything that takes the time out of organising your tasks and gives you it back to actually do them? That’s a win in my eyes.

I can’t say any more other than this: it rocks.  Give it a go.