If you’ve ever been on the Tube in London, you’ll have used the Tube Map. Initially, it might seem pretty confusing. Then, after you’ve been using it for a while, you realise one day that you don’t actually need to use it too often. But what you might not have realised during that initial period of learning is that it’s actually a deceptively simple representation that takes a number of liberties with the geography.

As this post explains, the Tube was borne out of a number of independent railways that merged into a single system. But at the point that the first map of the full Underground was published (in1908), it quickly became clear that there was an issue. Due to a confusing mix of geography and spread – with many of the most important central stations all squashed together in an illegible mess in the centre off the map in order to show the full system on one page – the map was pretty much useless. 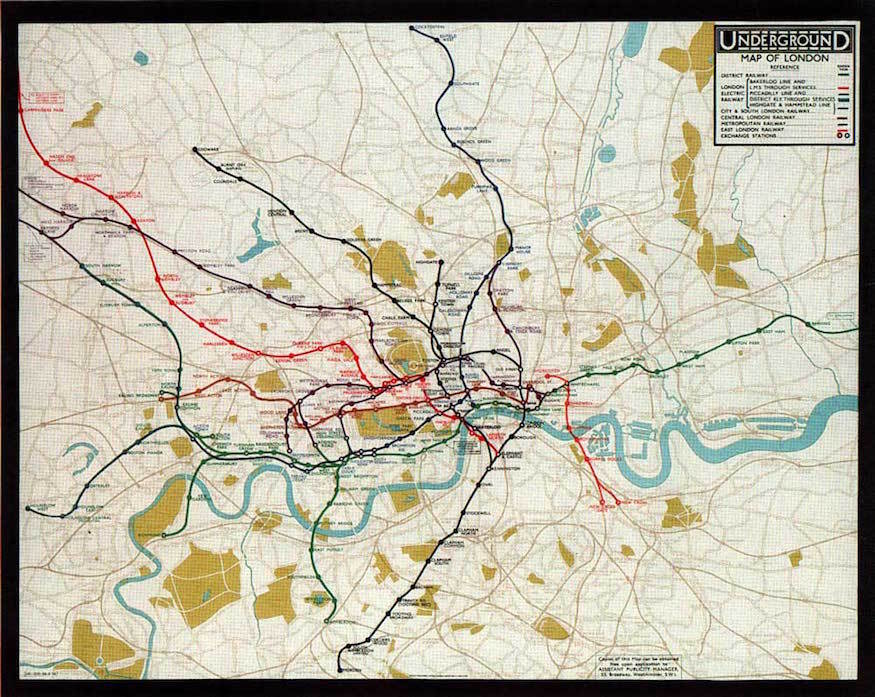 That changed when Fred Stingemore decided to take a more creative approach to the image in 1926. He made a significant change by removing the strict correlation between geography and detail. No longer did the lines correspond to the natural landmarks on the streets above. But, all of sudden, details could be explored that were simply missing before

One of the most fascinating outcomes here wasn’t purely for the user experience. The post notes that the revised imagery also arguably had a social function as it displayed stations from the outskirts as being close to the centre, helping to build closer community ties between both.

And then came along Harry Beck who pushed things even further in 1931 by publishing the tube map that we all know today. His innovation? “Straightening the lines, experimenting with diagonals and evening out the distance between stations”. 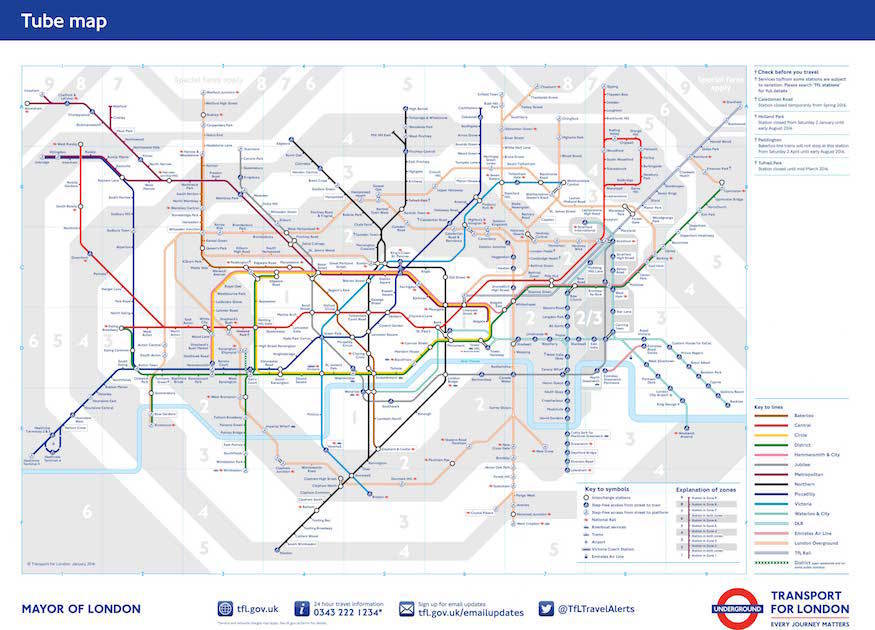 Whilst the Tube Map today has gone through a few iterations, the significant shift had already occurred. And an interesting example of precisely how accuracy is sometimes precisely the opposite to what you need. There’s a saying that I might have mentioned before: “The Map is Not the Territory”. The point here is that a map is by definition a simplification: if it contained the same detail as reality then that piece of paper would be exactly the same size as the land it purports to cover.

Of course, this doesn’t mean that maps aren’t useful. It’s just important to understand that they’re flawed. To use the words of George Box:

“All models are wrong but some are useful”

Something you might remember the next time you’re zooming around under the city of London, avoiding everybody’s gaze whilst firmly wedged between a rucksack and another commuter’s eye-watering B.O….