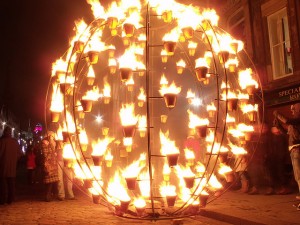 With normal service resumed following the festive break, I wanted to take a couple of minutes to reflect on some of the highlights of 2012 from the startup community in Scotland, and within Edinburgh in particular.

2012 was a busy year with some headline high-profile events taking place – in particular, the official launch of TechCube, the second Turing Festival and the Startup Summit 2012, organised to tie in with Global Entrepreneur Week. Back in July, it was great to see the local startup community turn out en masse for the Edinburgh leg of the European Pub Summit web crawl, as a pre-cursor to the massive Dublin Web Summit, a key event for many who travelled across the water to the conference.

Meanwhile, the EClub continued to run a consistently valuable series of events up at the University of Edinburgh Business School – in my view, essential events for anyone involved in starting businesses here, both for the quality of speakers and, just as importantly, the network of attendees. Particular favourites that stand out for me during the year include the talk by the entrepreneur and conqueror of Everest Justin Packshaw (‘Five ingredients for extreme startup success’) and the informative Funding Ladders conference that was held back in May (‘Funding Ladders: How to Fund Your Business As It Grows’).

Here at MBM, as ever, we’ve continued to run events, including our popular ‘Meet The Entrepreneur Events’, with the first talk being given by PJ Darling, the founder of Spark Energy (the next event is on 23rd January with Sandy McDougall) whilst we also worked with the Business School to arrange what turned out to be a standing-room only debate ‘An Independent Scotland: What Do The Entrepreneurs Think?’. It’s worth mentioning that our Chair for that event, top journalist Bill Jamieson also launched a new website last year to focus on the startup business sector, Scot-Buzz.

On a personal note, I’ve been enthused by regularly meeting even more of the individuals who have taken the decision to make things happen. I really enjoyed being on the judging panel for the annual Innovation Cup Finals 2012 organised by SIE back in June and relaunching the ever-popular Tech Law For Startups towards the end of the year which we tied in with the launch of free Equity Guide for startups in association with Salient Point.

Further (!) afield, Michael Hayes and the Rookie Oven team continued to work hard at promoting entrepreneurial tech startup activity in the West of Scotland, with regular meetups and an active blog. It’s important that we don’t lose sight of events within the wider environment that took place in 2012 that have a direct impact on the startup scene also – the rebranding of the British Business Angels Association to the UK Business Angels Association earlier this year tied in with the important launch of “Be An Angel”, created to attract more business angels into early-stage investment – more than ever, a critical issue in 2012 with thetime-limited Seed EIS benefits available.

Well, the major event on the horizon in May is Engage Invest Exploit 2013 – remember that applications remain open for companies wanting to exhibit at Scotland’s premier annual investor event. Before then, the monthly iVTuesday events organised by the team at Informatics Ventures continue whilst the burgeoning Edinburgh Centre for Carbon Inovation will make its move into impressive new premises in order to continue to support the growing demand from entrepreneurs who want to build the green sector. In the meantime, we’ll continue to run Tech Law for Startups together with a series of other events aimed at engaging the entrepreneurial community within Scotland and beyond. If you have any ideas for events that you might find useful, just let me know.

One thing’s for certain: 2013 is unlikely to be any quieter than 2012. But there’s no doubt, with the closer connections continually being forged across the startup communities, driven by digital engagement, between the universities, the incubators (such as TechCube and ESpark), Informatics Ventures, the Entrepreneurship Club, the ECCI and the BioQuarter amongst others, there’s plenty of progress on the horizon over the coming twelve months.

How much can be achieved in twelve months? You can either create it or watch it happen – which one do you prefer?