It was a FinTech-tastic week in Edinburgh last week as – hot on the heels of the Bitcoin Meetup with Colu and the FinTech Scotland Conference – the Hack/Make The Bank hackathon took place, run by the hugely friendly team at the Open Bank Project. Well over 120 hackers and enthusiasts piled into the RBS Technology Solutions Centre in the New Town to build innovative ideas on top of the Open Bank API.

The concept of open bank data is pretty much a no-brainer once you start to think about the implications. Providing free, standardised access to the banks in real time liberates developers, entrepreneurs and – most importantly – consumers around the world who are otherwise hampered by legacy technology deployed by financial institutions.

The team from TESOBE did a sterling job over the weekend leaving no stone unturned in their quest to create the ideal environment for those burning the midnight oil, providing a selection of massages, whisky and bagpipe accompaniment (!) in addition to the obligatory Red Bull, food and support throughout.

I was delighted to be asked to act as a mentor at the event. It’s something that I’ve done at a few times at a number of hackathons (in different capacities) and it’s always an honour. I’m always full of admiration for anyone who chooses to come together to work – hard – over a weekend out of choice out of a simple desire to create and build something new and worthwhile.

The final pitches were great. As usual, I’m not going to share the ideas here (it’s not clear yet who wants to go forwards with these). Needless to say I was happy to see the guys from miiCard bring home the prizes for most disruptive (believe it or not, I had no say in the judging!)

All together, big congratulations go to Ismail Chaib, Simon Redfern and the rest of the Open Bank Project team; Kirsten Bennie and the rest of the RBS team who are clearly engaging positively with the upcoming disruption that’s undeniably en route; and last, but not least, all the developers and disruptors who proved that Scotland is now starting to really build on a burgeoning FinTech reputation.

Can’t wait for the next one. 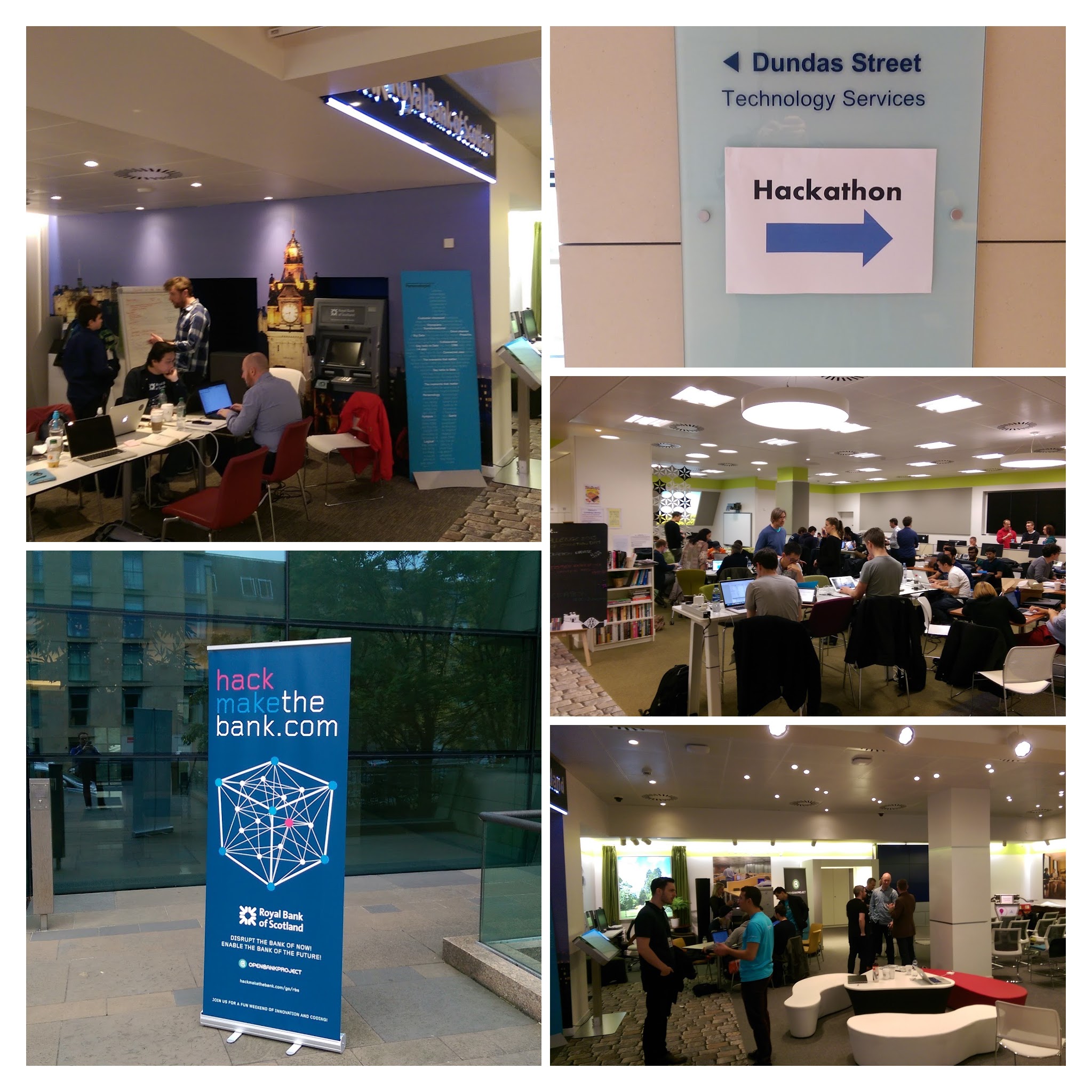